Wind energy seems poised to become increasingly more important for Sardinia, as five major projects are now being evaluated. These are the Nora Ventu 1 and 2; Centrale del Toro 1 and 2; and Repower. These projects combined can produce at their maximum capacity and with ideal conditions, almost a 2,5GW output capacity. This means that these plants will add a production capacity of around 27% to the existing infrastructure.

Sardinia is also Italy’s main wine-producing region. In 2015 it alone accounted for 11% of the national wind power capacity, despite holding only 2.6% of its population. Ideal weather and environmental conditions make the Mediterranean island the perfect spot for harvesting the power of Aeolus. With an all-year-round constant average wind speed ranging from the 13 Km/h in August on the lower end, to the 18 Km/h in February, on the higher, Sardinia is one of the best locations in the Mediterranean to harvest wind power.

So much so that the Island is also a net energy exporter to the mainland and Corsica. In 2015 about ⅓ of the energy produced in Sardinia was exported.

These proposed projects are all off-shore-based plants. This allows for two major benefits. First, it minimizes the visual impact of the turbines. New wind turbines are huge. Such a big wind turbine would hardly fit in modern congested cities, these would also subtract usable land space and would have a big visual impact on the communities. Being at more than 12 nautical miles from shore, these will be only minimally visible from shore. 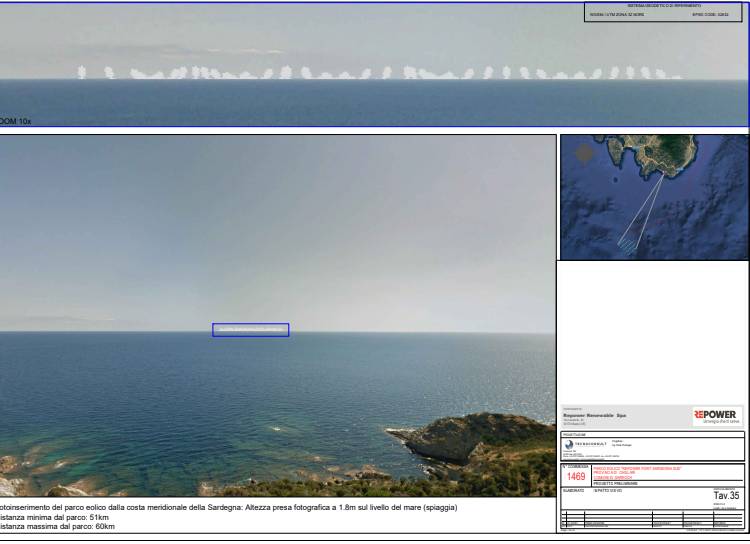 Picture: Visual impact of the RePower wind parks from a height of 1.8 meters above sea level

Second, off-shore plants allow for bigger and better-performing machines. In order to maximize the area of contact with the wind, newer blades can even have a diameter of almost 300 meters and are hundred of meters tall.

These new wind parks will be able to bring Italy closer to being self-reliant in its energy production even though challenges like the environmental effect and the recycling of these at the end of their life cycle are yet aspects to be researched.

Star Sardinia’s experience in the local shipping logistics of wind turbines can become a useful partner for your projects. 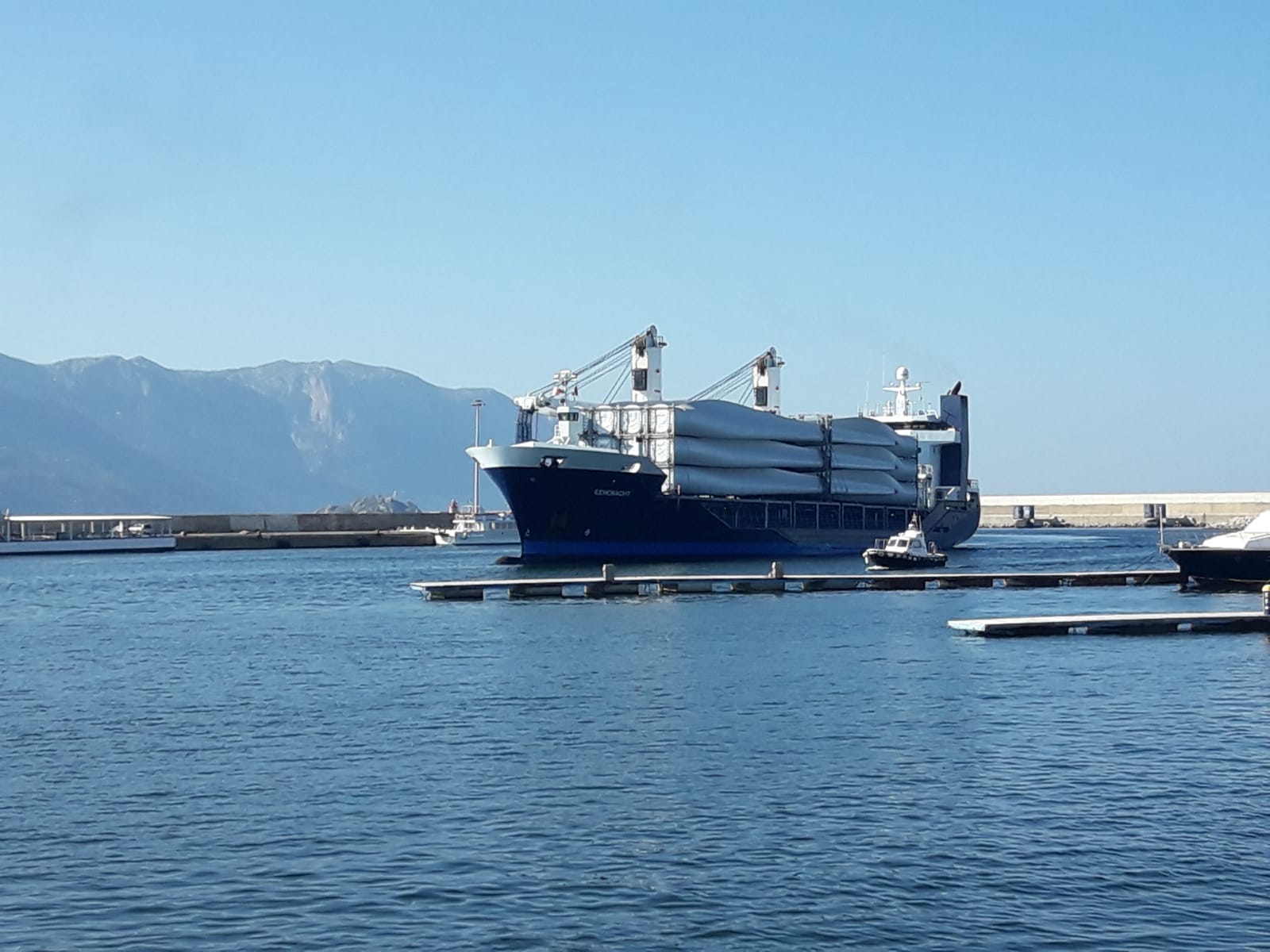 Picture: Our local agents directing the unloading of a wind turbine nacelle

Sardinia is at the forefront of the Italian RES shifts, with many projects involving the use of natural gas, biodiesel, hydrogen, and even gas carbon. These changes are shaping the new role that Sardinia is opening, and mark the new opportunities stemming from this. Many projects are now taking place, both on land but also in the sea like the planting of Posidonia meadows, which will cover in the next articles.

Star Sardinia is a solid partner that can help your shipping logistics, thanks to its know-how and experience.