The role of CO2 in the RES transition

Two main factors are shaping how CO2 is being used in favor of the renewable industry. First, the necessity of reducing the reliance on fossil fuels; and second, the willingness of lowering the overall Carbon Dioxide and other polluting gasses emissions. Two main strategies have been laid out in using Carbon gasses in this way: First, Carbon Capture and Storage techniques have made it possible to offset power plant emissions. The storage of these polluting gasses is for example being considered at SARAS refinery plant in Sarroch, thanks to a partnership with the French company Air Liquide.

The Sarroch plant is studying the feasibility of CO2 capturing technologies to install at its refinery, marking a shift towards a more environmentally sustainable future for Saras.

The second strategy sees the use of Carbon dioxide as an energy storage resource. An experimentation plant 4MWh in Ottana, Sardinia, is examining the feasibility of this new technology that harvests a previously mainly considered polluting gas like CO2.

In regions like Sardinia where wind and solar conditions are ideal for their harvesting, RES have a surplus energy output far exceeding the energy demands throughs, like at nighttime. Thus, these are now plugged out of the national grid to avoid surcharges. This surplus energy has the potential to be used in storing energy to be used when needed. Up to now, this surplus energy has been used in replenishing hydroelectric plants reserves; in powering electrolysis plants, that split water molecules into oxygen and hydrogen; or even in charging up large batteries. 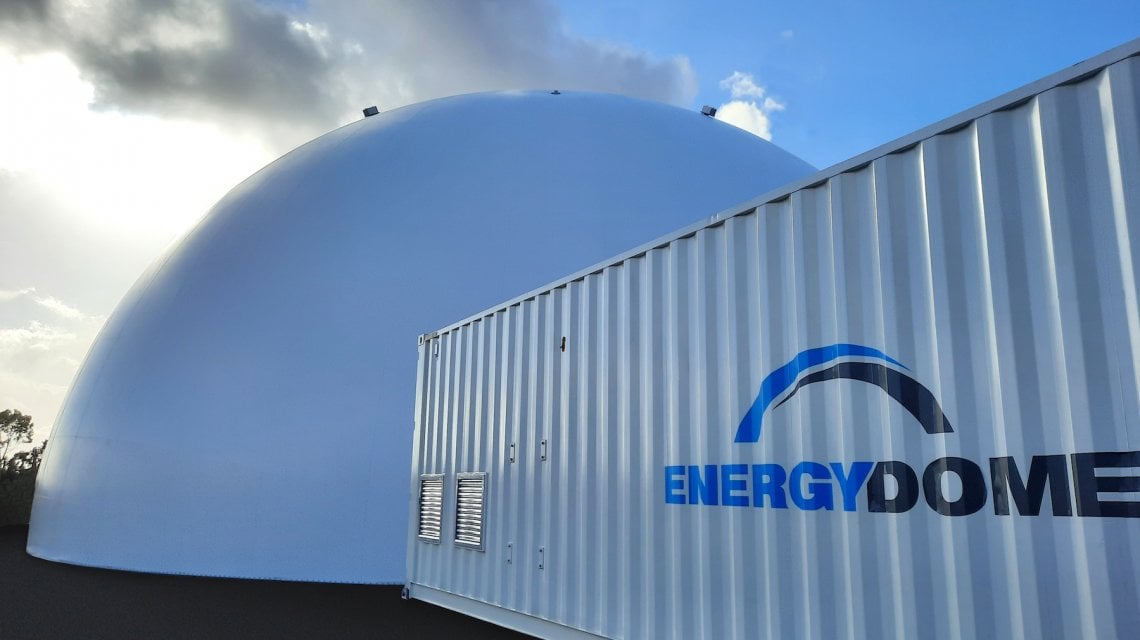 Energy Dome, the startup behind this project foresees that this might become a solid alternative to these more traditional methods overcoming their kinks. Hydropower plants can only be found at specific locations; electrolysis plants are costly and energy-hungry; and batteries, like those found in EV cars and electronic devices, are still expensive to manufacture.

Energy Dome’s technology, now tested in central Sardinia, is seen as a cheaper alternative to current large-scale battery technology. Its CEO, Claudio Spadaccini says that this first experimental plant will cost shy of $200 per Kilowatt-hour, which is ⅓ less compared to modern lithium.ion energy storage systems. Bettini again states that the construction of a dozen of large-scale plants will be able to carry costs down to as little as $100 per Kilowatt-hour. 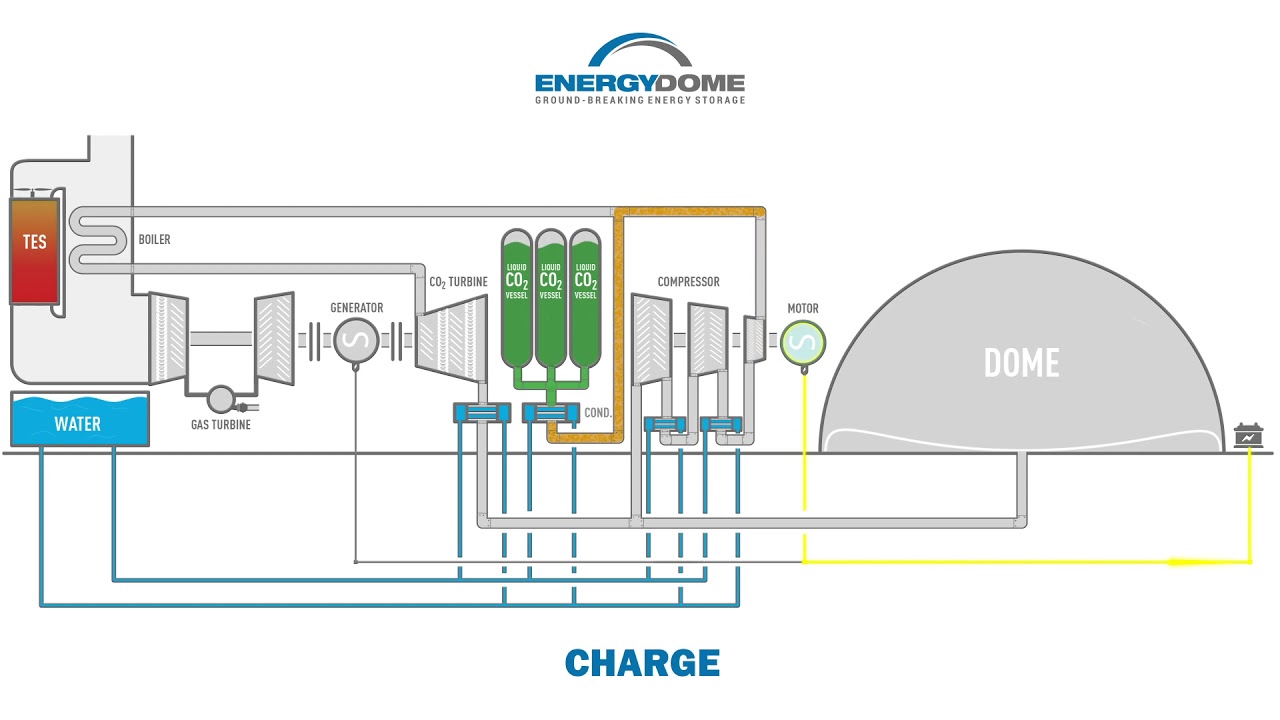 Picture: Infographic of the functioning of Energy Dome

All in all, Sardinia is at the forefront of the Italian RES shifts, with many projects involving the use of natural gas, biodiesel, hydrogen, and even gas carbon. These changes are shaping the new role that Sardinia is opening, and mark the new opportunities stemming from this. Many projects are now taking place, both on land but also in the sea like the planting of Posidonia meadows, which will cover in the next articles.

Star Sardinia is a solid partner that can help your shipping logistics, thanks to its know-how and experience.