The next America’s Cup

The upcoming 2024 America’s Cup will be held in Barcelona. Coming out victorious after an intense fight against Malaga, Spain, Cork, Ireland, and Jeddah, Saudi Arabia, the Catalonian city will be under the limelight of the oldest and most prestigious sailing competition in the globe. The previous cup’s edition challenger, Luna Rossa, will continue to hone its skills in Cagliari. The Sardinian city in fact offers sailors favorable weather conditions all year round, making it the ideal base for the team.

This will be an important opportunity for both the teams involved and Barcelona city itself. As in the previous edition majority of the challengers were Europeans like Luna Rossa Prada from Italy, and INEOS from the UK, it will be important for these teams to shorten their logistics and to train in sea conditions they are used to. The proximity of the new competition is attracting renewed attention. New European teams are being formed, with the main example of Alinghi representing Switzerland.

This will be an opportunity for Barcelona as well. The city has gathered a selection of public and private investors, offering a consistent sum to bring the Auld Mug to Catalonia. Indiscretions hint at a total of 70 million Euros. These investments will be also used to improve and modernize the current port infrastructure to accommodate not only the yachts and their teams. but also the increased number of tourists and spectators. 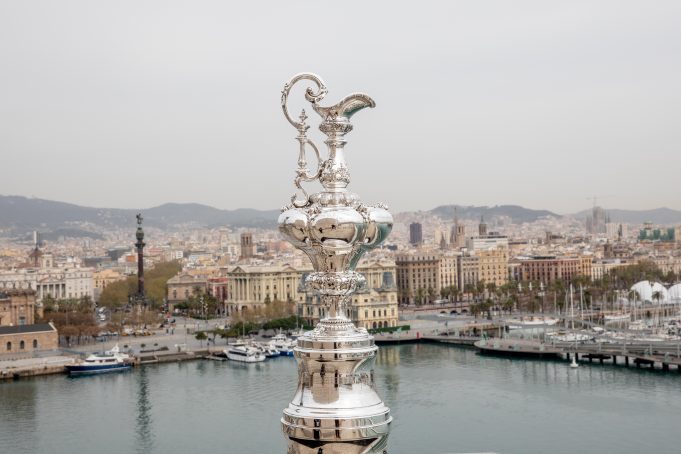 Luna Rossa Training Grounds and Base

Luna Rossa is getting ready for this new challenge as well. Having renewed its commitment to its base port of Cagliari, the previous cup’s challenger is now eyeing the new opportunity represented by Barcelona.

The new challenge will also be marked by environmental sustainability. The defender team New Zealand, in partnership with Toyota, is developing chasing boats powered by Hydrogen fuel. At the same time, Luna Rossa Prada is also bringing forward new initiatives to remove litter from the sea thanks to the help of local fishermen.

Luna Rossa is also working to create a better and deeper understanding of the marine environment for the public through the creation of an advanced sail academy in Cagliari. This project is designed for the younger generations and aims at creating a pool of young talents already exposed to the forefront of sailing technologies like the foils. The medium-term goals are to create the next sailing talents who’ll take part in the 2024 Paris Olimpic games and America’s Cup for the youngest. 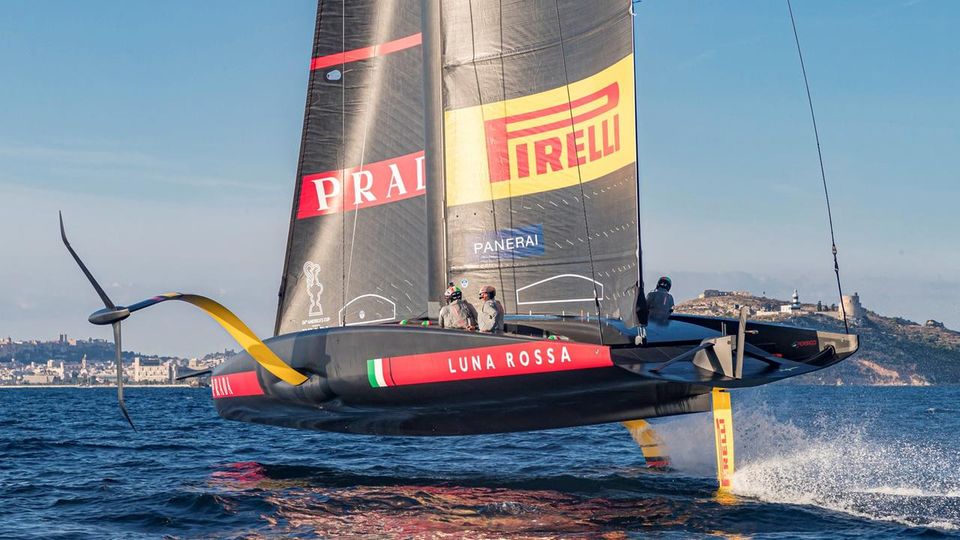 Picture: Luna Rossa Team training in the Gulf of Cagliari

The new America’s Cup in Barcelona will be an amazing opportunity for Barcelona, but also for Luna Rossa and its base of Cagliari. People interested in watching Luna Rossa training in Cagliari’s gulf, can come to the island and enjoy Luna Rossa’s team training from their own vessels. Cagliari also offers plenty of opportunities to enjoy the sea: from crystal clear and white sand beaches to yacht chartering.

Star Sardinia’s Yachting Team office is on Cagliari’s marina waterfront and can become your own on-shore base and support team for any necessity. 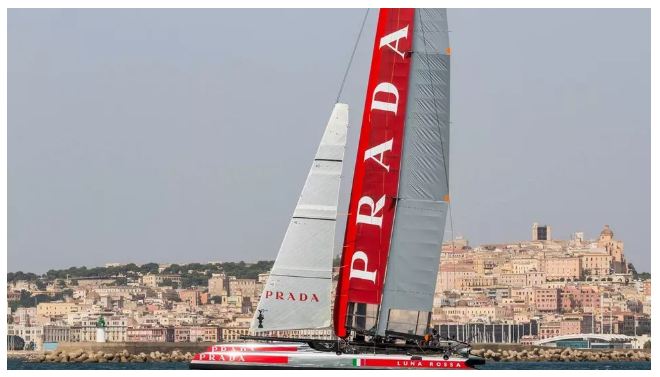 Picture: Luna Rossa Team going back to its base after training with the AC50 (America’s Cup 36th)